New Authorized Merchandise from the Estate of Peter Steele

Finally ! You asked for more authentic and authorized merchandise for Carnivore and memorial items for the memory of Peter Steele and we got the merchandise to ship from the United States (thanks to Peter's sister Cathy).

The Estate of Peter Steele is happy to announce merchandise for sale in Peter's honor. Artist Joey James Hernandez lends his extraordinary talent to bring this vision to life on the Tshirts along with artist Lisa O'Brien to recreate Peter's unique signature.

In Peter's memory, a portion of the proceeds will go to St. Christopher's Inn (a temporary homeless shelter dedicated to the rehabilitation of men in crisis). Thank you for helping to keep Peter's memory and music alive for future generations. 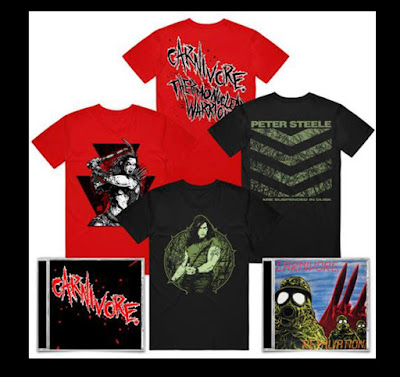 Here is the catalog of merchandise, which includes bundles and single items of:

Since Peters death, our family has dealt with some people who only want to smear his memory with lies, fabrications, delusions & outright evil about him and family members. This person who was in Peter’s life for a short time tries to make money on him with raffles, go fund me scams, and prizes that have contained everything from hair supposedly snipped from his coffin, to shirts he’s worn to soiled underwear, fake handwritten lyrics, and even toe nail clippings.


The person who does these raffles does so to continue to fund her drug habit, but instead she tells you she’s supporting Peter’s illegitimate child or helping the homeless or paying for the former band members' dinner.


What amazes us the most is how some people take her word at face value. Just because she tells you that Peter told her something does not mean it is by any means truthful. Just because she writes that Peter told her something about a band mate or a family member or a girlfriend doesn't mean it actually happened - they are the made up delusions to support her habit and story. Why would anyone believe what comes out of the mouth of a woman who: pimps out her kids to beg for money on YouTube, FB and who speaks vile lies about a person she claims to love?


We thought it was time you know a little bit more about this person. Here are some little known facts about the only person Peter DIDNT reconnect with — she's the one who stalked him at a concert and begged anyone who would listen to let her see Peter.


·       Want to know all about her? See “Summer of Sam” poem written by Peter Ratajczyk Steele below


·       Everything this person says about Peter's distaste for people with special needs, people of color, different religions, gay/lesbians & abusing animals is not true — nor was he a pedophile or into bestiality. It’s easy to accuse a dead person these things but why weren’t you saying this shit when he was alive? When you were showing up at his shows begging to see him. Hmmmmm? If you don’t believe us, use some common sense thinking — his band mates, friends, business partners, girlfriends and close friends who know him for decades will tell differently.

*    Plus no video exists of Peter doing anything to hurt any creature or was ever shown to his sisters. The only video she has is a “family memories” tape that she stole from Peter's sister's house and she is trying to sell on ebay or raffle off. If you bought anything that was Peter’s then you too are an accessory to a crime of theft.

·      The reason why this person talks badly about Peter’s sisters is because they know the real truth about her — that she’s a manipulative elder abuser, thief and pathological liar trying desperately to get money from a dead man.

·        And what kind of crazy are you that you believe a crystal meth head who abandoned her children for several months to follow Peter, never even telling him that you left your children with neighbors and never went back for them ? Only when you were caught did you tell him you had children. And then he told us what a despicable person you were. He told us everything about you.


·         For the last time, that child isn’t Peter’s. However, he does resemble another band mate from another band that toured with TON. How do we know this? She tried to shake Peter down for money twice — both times ending with lawyer calling her bluff and she retreating back to her fantasy land. End. Of. Story.


·       For someone who hates TON music and fans so much, but claims to have loved Pete, to sell supposed “presents “ he gave her over & over again to fans - does this make any sense to you?


·       Want to know what Peter REALLY thought about her — read this great little poem all about her shenanigans written in Pete’s REAL handwriting- not the dribble she’s been passing off as his for years.


What's her claim to fame? What has she ever accomplished in her life? How does she make her money? hmmmm? How do you think?   If you still follow her nonsense and send her money and read her meth ramblings and 10 page diatribes after all these years then clearly you are as crazy as she is. Enjoy each other. 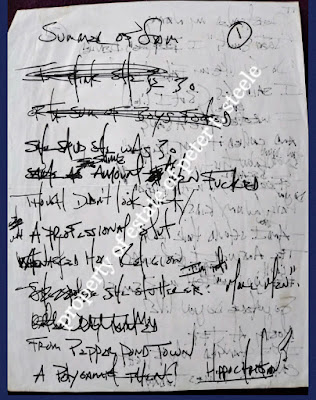 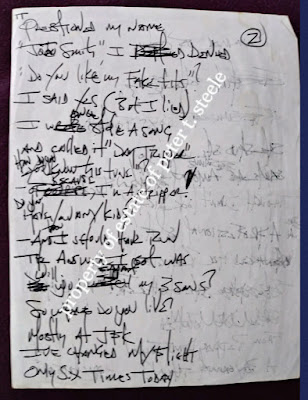 She said she was 30
Same amount as men fucked
Though didn’t look dirty
Was a professional slut
Wasted her religion
She stuttered I’m into more men
From Pepperpond Town
A polygamist then? HippoChristian ?
Questioned my name
John Smith I denied
Do you like my fake tits?
I said yes ( but I lied)
An angel stole a song
and it’s called “Day Tripper”
How do you know this tune?
Because I’m a stripper
Do you have many kids?
And too I should have run
The answer I got was
Will you support my 3 sons ?
So where do you live ?
Mostly at JFK
I changed my flight
Only 6 Times today

Such a great song that seems appropriate for this post.
Mix a little meth in there and you got her:
https://youtu.be/eJTi_I_Q_tU

UPDATE: While we don't know who this person is that runs this blog, we want to thank you for posting the truth:    https://petersteeletruth.wordpress.com/2018/05/28/heres-the-deal-untruths-exposed/

UPDATE: Thanks BFree for speaking the truth by exposing the lies:  http://bfreeport.tumblr.com/

Posted by Ratajczyk Family at 8:50 AM 60 comments: 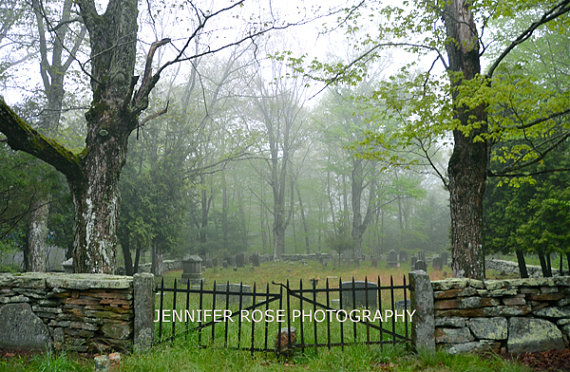 Reprinted with permission from Jennifer Rose Gallery
To purchase this print or learn more about Jennifer Rose's photography, visit:
https://www.etsy.com/listing/129226827/fog-in-the-cemetery-goth-5x7-framed?ref=v1_other_2

As our family and close friends gather to remember Pete Steele today on the anniversary of his passing, we may shed tears, offer prays, hug each other, visit the family grave, send good thoughts into the universe, gather at our Redhook church at noon, and meet as a group in Prospect Park at
Peter's Tree -- we bring with us all the stories and dedication that fans have shared with us in the last year. 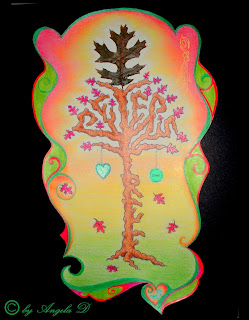 Reprinted with  permission by Angie
﻿

Whether you believe it or not, we display your photographs in our homes. We share your artwork with friends. We buy pendants and jewelry inspired by Peter's likeness and music. We gather to listen to bands who reach out to us. We email your heartfelt letters to each other so we can smile, cry, laugh and enjoy the experiences you treasured with Peter.
We support you loving Peter 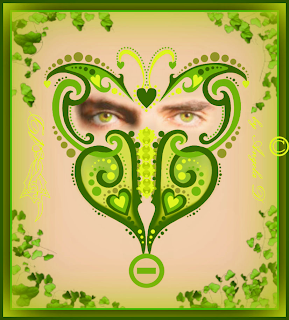 Posted with permission by Angie

We thank you for keeping his genius alive
by playing his songs, sharing his music and poetry
with your friends, kids, students, family.
The only thing our family wants is to preserve Peter's memory and legacy for future generations of music fans and rock enthusiasts. It is our hope that Peter's legacy could be documented for his fans to learn more about Peter's early years, the highlights in his life, the people he was inspired by, the friends he made along the way, the fans who are forever impacted by his words and music, the amazing musicians who became his life-long friends, bandmates who are his blood brothers and protectors of his legacy, and the internal struggles that he endured as a sensitive and caring man, as noted in his lyrics. We hope that documentation will come in some form in the future. 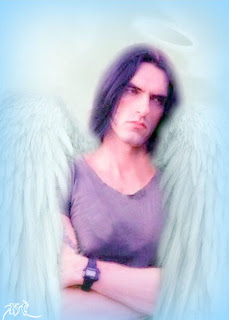 The photos in today's post are a few examples of our favorite inspired items from our STEELE family along with some quotes close to my literary & musical heart. I hope you will visit these artists' online stores to support and inquire about their work. xoxo Darcie 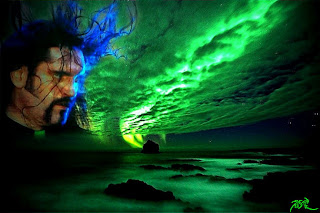 “He Is Not Dead
I cannot say, and I will not say
That he is dead. He is just away.
With a cheery smile, and a wave of the hand,
He has wandered into an unknown land
And left us dreaming how very fair

It needs must be, since he lingers there.


And you—oh you, who the wildest yearn
For an old-time step, and the glad return,
Think of him faring on, as dear
In the love of There as the love of Here.
Think of him still as the same. I say,
He is not dead—he is just away.”
― James Whitcomb Riley 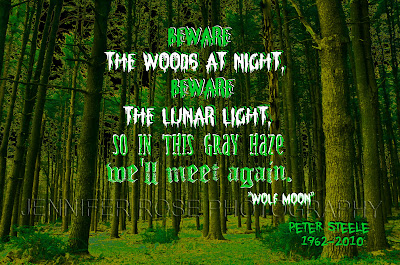 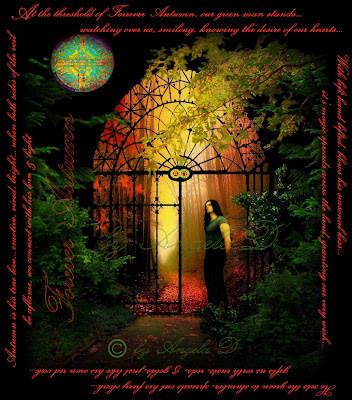 Posted with permission by Angela﻿

"They say that a part of you dies when a special Loved One passes away...I disagree...I say a part of  you lives with your Loved One on the other side.”
― Daniel Yanez 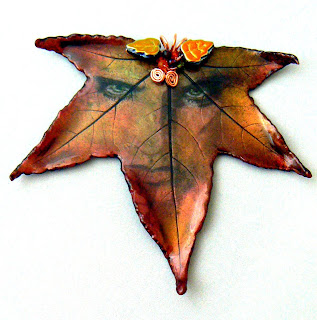 This pendant is available from Valery Ashley
http://www.etsy.com/shop/ElysianFields


"Hate is fear
I rip at my face in the mirror
death approaching
expiration growing nearer
I'm rotting inside
I'm disgusted with myself
I'm in hell"
--Peter Thomas Ratajczyk, Carnivore 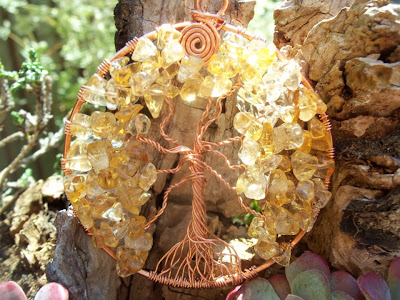 Tree of Life Pendants from The Crooked Oak Tree
https://www.facebook.com/pages/The-Crooked-Oak-Tree/139345976205194?ref=tn_tnmn


“The dead are never truly gone. They linger in our minds and hearts and torture us with a malice they were not capable of in life.”     ― Courtney M. Privett, Shadows of Absolution 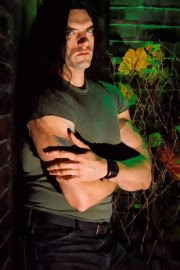 ﻿
Life has to end, Love doesn't.”
― Mitch Albom, The Five People You Meet in Heaven

with permission from Angie
For the meek shall inherit the earth ... 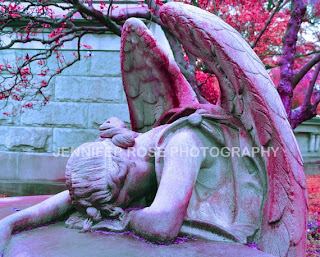 
I'm ending this posting with a youtube video that was compiled to illustrate the vocal ranges of  Peter Steele. Check it out: https://www.youtube.com/watch?v=Jm0QV76dmaU
(nice job: Tarantinomaniac)

All postings, stories, memories, photos are the property of the Estate of Peter "Steele" Ratajczyk & the Ratajczyk family. These posts can not be reprinted without written permission. Failure to do so will result in a lawsuit.
All fan photography, stories, artwork were posted with written approval & query. Fans retain their own rights to materials. To reprint their work, contact those people directly. To have your material removed from this blog, email the blog.

Because of the volume of emails, a response may take up to a week, but we will try our best to get back to you.

A Note From The

Ratajczyk Family
On April 14th, 2010 we lost our only brother, Peter (Ratajczyk) Steele. To the world he was an acclaimed songwriter, lyricist, musician, artist, and singer; to us he was the heart of the family and love of our life. Pete Steele has been a driving force and inspiration for a legion of musicians worldwide. His fans remember him for his work with and creation of: Hot Ice, Northern Lights, Fallout, Carnivore, Repulsion, with most of his acclaimed music during the last decade with Type O Negative.